Even Computer Hardware Manufacturers Can Get Hit By Ransomware

You are here:
News 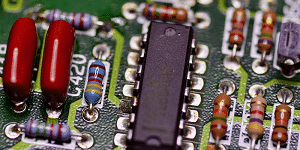 Retailers, hospitals and financial institutions tend to be the targets of choice for the hackers of the world. Of course they’re not the only targets. The simple truth is that any company can find itself in the cross hairs of a hacker.

The most recent victim is Taiwanese motherboard manufacturer Gigabyte. In addition to shutting down manufacturing operations in Taiwan the attack also took a number of the company’s web-based systems. They include its online support and the Taiwanese website itself.

The investigation into the matter is ongoing. The early indications are that the company fell victim to the RansomEXX strain of ransomware. In addition to locking files on a number of Gigabyte’s network devices the hackers made off with some 112 GB of data. The hackers have published portions of this data on their own website on the Dark Web as proof that they were indeed behind the attack.

The Ransom EXX strain has an interesting history. It began life in 2018 as a strain called Defray. For the first couple of years of its life it gained little traction among the hackers of the world. It wasn’t used in many high profile attacks.

It seemed to go dormant and re-emerged in 2020 as RansomEXX with a raft of new capabilities. It is not clear whether it was abandoned and picked up by a new hacker group or the original Defray authors used their initial experiments to refine the code. In its current form RansomEXX is a dangerous threat indeed and is capable of infecting both Windows- and Linux-based systems

The group controlling the malware has used it to attack a number of high profile targets in recent weeks, including:

How to secure your passwords
September 29, 2022

How does the cloud support business continuity?
March 21, 2022

How Softphones Can Improve Your Business
March 10, 2022

How to get the best out of Microsoft Word
October 19, 2021
SIGN UP FOR THE RJ2 TECHNOLOGIES NEWSLETTER
Recent Articles
Categories
Go to Top
We use cookies on our website to give you the most relevant experience by remembering your preferences and repeat visits. By clicking “Accept All”, you consent to the use of ALL the cookies. However, you may visit "Cookie Settings" to provide a controlled consent.
Cookie SettingsAccept All
Manage consent