The Easiest Way To Disaster-Proof Your Cyber Security 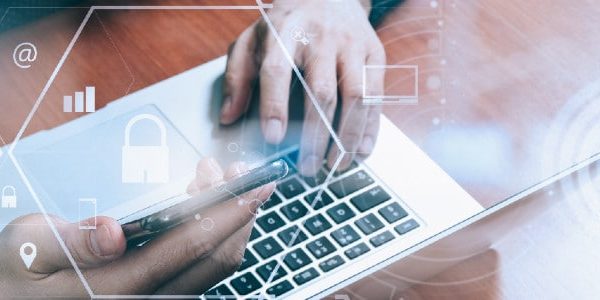 Though no one would dispute the increasing prevalence of cyber-attacks on businesses in recent years, many small-business owners believe themselves and their business to be immune to such attacks. Broadly speaking, many small-business owners are likely to think that cybercriminals will go after the bigger fish. However, the fact of the matter is that cyber-attacks are crimes of opportunity, and small businesses often have access to a good amount of sensitive data without many major safeguards. In other words, they’re low-hanging fruit, ripe for the picking.

Back in 2019, two-thirds of respondents to a survey about cyber security didn’t believe that their small to mid-size business (SMB) would fall victim to a cyber-attack. Consequently, only 9% of respondents said cyber security was a top priority for their business, and 60% didn’t have any sort of plan for deterring a cyber-attack. All of this, despite the fact that, according to a report from CNBC, SMBs endured 43% of reported cyber-attacks, and according to data from the Ponemon Institute and Keeper Security, 76% of SMBs in the U.S. alone reportedly endured a cyber-attack within the previous year.

Every small-business owner should have some plan for deterring cyber-attacks so they don’t end up as another statistic. Here are a few strategies for keeping the cybercriminals at bay.

Secure All Parts Of Your Network

Our computers and the many smart devices hooked up to our network can become weak spots for hackers to get in. Taking steps to safeguard each device in your network with strong passwords and robust authentication measures will go a long way toward keeping the hackers at bay. In fact, one of the most basic security measures you can take for your network is to restrict access to your WiFi with a strong password.

Virtual private networks (VPNs) and firewalls are tools that are highly effective in protecting against cyber-attacks, even if they can’t prevent 100% of them.

Pay Attention To Updates And Upgrades

When you get notified that one of the technological tools that you use has a new update, it’s easy to ignore it. However, you should commit to regularly updating and upgrading these tools because developers will often add patches to their programs that make them more secure against attacks with each update. So, it behooves business owners to regularly install updates for their tech tools.

Back Up Your Data

With one of the most common forms of cyber-attacks being ransomware attacks, where hackers will hold your company data hostage until you pay them a ransom amount, having your company data stored on multiple backups can ensure that your business won’t crumble due to your data’s inaccessibility.

As much as we’d wish it were true, many cyber-attacks don’t come from outside of your company. Instead, they originate from within. If you want to limit the amount of damage that someone inside your company can do in a cyber-attack, the best course of action is to limit their access to different parts of your network.

Back To School! The 4 Cyber Security Trainings You Must Do With ALL Employees
August 4, 2022

Cybercriminals Are Out In Full Force In Today’s Crazy Times — Here’s How To Stop Them
October 6, 2021
Hackers Behind REvil Ransomware Are Back Online
October 5, 2021
SIGN UP FOR THE RJ2 TECHNOLOGIES NEWSLETTER
Recent Articles
Categories
Go to Top
We use cookies on our website to give you the most relevant experience by remembering your preferences and repeat visits. By clicking “Accept All”, you consent to the use of ALL the cookies. However, you may visit "Cookie Settings" to provide a controlled consent.
Cookie SettingsAccept All
Manage consent