Defend your business from these 5 types of hackers 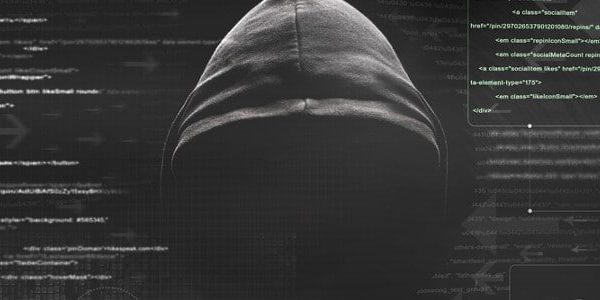 “Know thine enemy” — it means to get to know them and their motives. In this blog, we take a close look at the five types of dangerous hackers, what their motives are, and how they operate.

In terms of skill, script kiddies (or skids, for short) are at the bottom of the hacker totem pole. Their name comes from the fact that they use scripts or other automated tools written by others. They are often young people on a quest for internet notoriety or who are simply bored and in search of a thrill.

Script kiddies shouldn’t be dismissed so easily, however. The ILOVEYOU virus, considered one of the worst malware on the planet, was developed by skids.

Hacktivists often hack into businesses and government systems to promote a particular political agenda or to effect social change. These so-called “hackers with a cause” steal confidential information to expose or disrupt their target’s operations.

Even if you’re a small- or medium-sized business (SMB) owner, you’re not immune to hacktivist attacks. This is especially true if your company is associated or partnered with organizations that are prime hacktivist targets.

Cybercriminals break into digital systems or networks with the intent to steal, destroy, taint, and/or lock away data. They usually target individuals, SMBs, and large companies that have exploitable weaknesses in their cybersecurity.

Cybercriminals attack using a number of methods, including social engineering tactics to trick users into volunteering sensitive personal or company data. This information is then used for identity theft, sold on the dark web, or leveraged to launch attacks against other businesses. Cybercriminals can also infect computers with ransomware and other types of malware.

True to their name, these hackers are backed by governments. The hackers’ goal is to promote their backer’s interests within their own country or abroad. In most cases, this involves taking down websites that criticize the state, swaying public opinion, cyber-terrorism, and leaking top-secret information, among others.

As they are, state-sponsored hackers are already dangerous to business owners, but even more so when they make it their goal to cripple an entire country’s financial system or disrupt commodity supply lines. This could involve interfering with the economy or disrupting business operations. Tech and pharmaceutical companies are a frequent target, but businesses in other industries aren’t safe from state-sponsored hackers either.

The scariest type of hacker is the one that lurks within your own organization. An insider can be your company’s current and former employees, contractors, or business associates. Oftentimes their mission is payback. They’ll steal sensitive documents or try to disrupt the organization’s operations to right a wrong they believe a company has done to them. Edward Snowden is a prime example of an insider who hacked the organization he worked for — the US government.

Malicious hackers are always changing their tactics to meet their goals, making them an ever-present threat to any organization, including yours. It’s crucial that you stay one step ahead by working with cybersecurity experts who can help protect your company from dangerous hackers and other cyberthreats. Contact our team today to get started.

Why Cybersecurity for Insurance Companies Should be a Top Priority
October 5, 2022
SIGN UP FOR THE RJ2 TECHNOLOGIES NEWSLETTER
Recent Articles
Categories
Go to Top
We use cookies on our website to give you the most relevant experience by remembering your preferences and repeat visits. By clicking “Accept All”, you consent to the use of ALL the cookies. However, you may visit "Cookie Settings" to provide a controlled consent.
Cookie SettingsAccept All
Manage consent