Are YOU Prepared For Windows 7 To End? 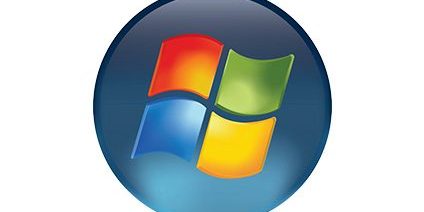 If you’re one of the estimated 40%+ of businesses still on the outdated Windows 7 platform, consider this your wake-up call: time is nearly up for your trusty, tried-and-true operating system. On January 14, 2020, Microsoft will end support for Windows 7. That means no more updates, security or otherwise, will be offered by the company from that date forward.

The clock’s been ticking on Windows 7 ever since Microsoft ended mainstream support back in 2015, and its time will soon be up. While it’s important to note that Windows 7 will still technically be usable after next January, this upcoming shift will spell trouble for users who’ve stuck it out to the platform’s bitter end. Not only will Windows 7 become progressively more unstable as modern hardware outpaces the software, but cybercriminals are certain to flock to the operating system after support shuts down, eager to pick off easy targets left vulnerable by the lack of ongoing security updates.

If you’re running a business, this is a risk you can’t afford. It’s time to contact your IT provider and make preparations to upgrade, preferably well in advance of the January 14 deadline. Whether you’re planning on seamlessly transitioning to Windows 10 or moving on to an alternative operating system, this is a task that needs to be at the top of your list.

Since Windows 7 will continue to work after January 14, you may wonder why you can’t just stick it out and keep using the platform. The answer is you can – but you absolutely shouldn’t. In fact, the risks and problems this decision would pose to your business make an upgrade less of a decision and more of an eventuality.

Modern software is no longer designed with Windows 7 in mind. This includes old software that’s been upgraded since the world moved on from the operating system. As technological progress continues at breakneck speed, more and more key programs will become unusable in Windows 7.

The same goes for hardware. Tech equipment advances exponentially year by year. In order to take advantage of these massive improvements, you need an operating system equipped to handle these new capabilities and features. What’s more, as the hardware progresses, it may become incompatible with Windows 7 altogether.

However, these are small concerns when compared to the future security of your network. As time goes on, new vulnerabilities are discovered in even the most well-designed operating systems. To fight against hackers, developers continuously search for ways to remove these security gaps and release them in the form of patches. With every annoying update you’re forced to install on your machine, you’re staving off would-be opportunists on the hunt for their next victim.

After Windows 7’s end of life, these updates will dry up. That means that any users still on the platform – and there will be a lot of them – will be exposed to the increasingly crafty exploits used by hackers. Cybercriminals, attracted to the lowest-hanging fruit, will come in droves for Windows 7 users, eager to pick at the scraps.

Staying on an operating system after it’s no longer supported is like leaving the digital door open on your business. Don’t do it.

Time Is Running Out With Windows 7 To End

Of course, we’re still at least six months out from the Windows 7 end-of-life date. That may seem like a lot of time. When it comes time to actually make the transition, though, you’ll need all the time you can get. Upgrading dozens, hundreds or even thousands of PCs is more laborious than you probably realize. And with so many other companies scrambling to do the same toward the end of the year, IT providers are likely to get bogged down with service requests.

Instead of putting it off to the last minute and potentially leaving yourself vulnerable, contact your IT provider as soon as possible to initiate the upgrade process. You’ll leave yourself ample time to iron out any issues as they arise without the added pressure of an imminent deadline.

When your business is on the line, it just doesn’t make sense to delay. Don’t risk losing everything you’ve worked so hard to build. Make preparations to leave Windows 7 behind today!

Cybercriminals Are Out In Full Force In Today’s Crazy Times — Here’s How To Stop Them
October 6, 2021
Hackers Behind REvil Ransomware Are Back Online
October 5, 2021
SIGN UP FOR THE RJ2 TECHNOLOGIES NEWSLETTER
Recent Articles
Categories
Go to Top