Make sure your web browser is safe

You are here:
Web & Cloud 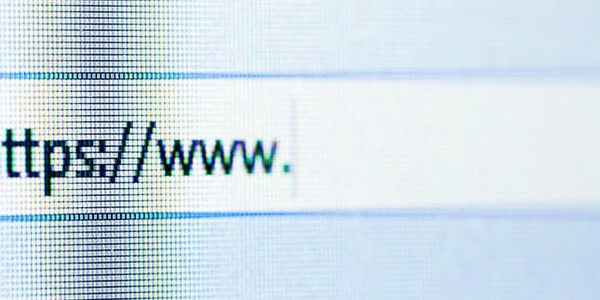 Web browsers are gateways to the internet, which is why you should care about how they transmit and store sensitive information. Want to learn more about which browser is safest? Take a read.

Microsoft Edge, Windows’ current default browser, is an improvement over its predecessor Internet Explorer (IE). Edge was developed with Windows 10 integration and IE end-of-life in mind, resulting in a powerful and more efficient browser that has Cortana (Windows’ answer to Alexa and Siri) integration and Microsoft Store extensions.

Edge’s main advantage is that it is Windows 10 computers’ native browser, which means it should integrate more seamlessly with the Windows OS ecosystem in terms of power usage and data security. Its built-in security features, called the Code Integrity Guard (CIG) and the Arbitrary Code Guard (ACG), prevent malicious codes from loading into a computer’s memory.

Safari is a graphical web browser developed by Apple for its iOS, iPad OS, and macOS. The current iteration is Safari 13, which was released alongside macOS Mojave and macOS High Sierra in September 2019.

Safari 13 is highly secure, as it utilizes Safari 12’s baseline security features such as Automatic Strong Passwords and Intelligent Tracking Prevention 2.0. These features are augmented by a built-in password strength analyzer, FIDO02 USB security key authentication support, “Sign in with Apple” support, Apple Pay capabilities, and increased speed and encryption. Its main drawback, however, is that it is only available on Apple devices, with full capabilities found only on MacBooks and Macs.

Mozilla Firefox is a free and open-source web browser developed by the Mozilla Foundation. It is widely available across platforms, even on Unix and Unix-like operating systems such as FreeBSD, OpenBSD, illuminos, and Solaris Unix.

Because of Firefox’s open-source development platform, it can be quite unsecure to use on publicly accessible computers. For personal and single-user business devices, however, Firefox is relatively safe, especially once all security features are activated and tweaked to your needs. Some key features are its “Do not track” privacy feature, phishing and malware blocking features, the Noscript Anti-XSS add-on (so you can determine which sites are allowed to execute scripts), the Noscript Anti-Clickjacking add-on (a detector that reveals invisible, malicious links and buttons), and its renowned pop-up ad blocker.

Firefox is also unique in that Mozilla has a bug bounty program, which offers a financial reward to anyone who can identify gaps and holes in Firefox code, so that it can be patched and improved as urgently as possible. Mozilla also promises no legal action against anyone who complies in good faith under its Bug Bounty program, including any claim under the DMCA for circumventing technological measures.

Google Chrome is a cross-platform web browser developed by Google. It is the default browser for Google’s line of laptops and Google Chromebooks. Chrome utilizes a process allocation model to sandbox tabs. “Sandboxing” is a security mechanism for separating running programs to keep software vulnerabilities from spreading.

Chrome also regularly updates two sets of blacklists, one for phishing and one for malware, which it uses to warn users of potentially harmful sites. It also touts site isolation and predictive phishing protection features that receive regular and critical updates every six weeks and within 24 hours of a known threat, respectively.

Being aware of how your web browser stacks up against its competitors is only half the battle. WannaCry spread to uninfected systems through a gap in the Windows security framework, and most other ransomware infections prey on human error. What your business needs is a comprehensive security audit. For more information, call us today.

These website design trends can take your business to the next level
August 9, 2021

Why HTTPS matters for websites and what you need to know about it
July 21, 2021

Secure your data in the cloud
March 5, 2021
SIGN UP FOR THE RJ2 TECHNOLOGIES NEWSLETTER
Recent Articles
Categories
Go to Top

Are you putting band-aids on your old PHONE SYSTEM?

Schedule a FREE 10-minute phone system assessment with one of our experts TODAY!