You are here:
Web & Cloud 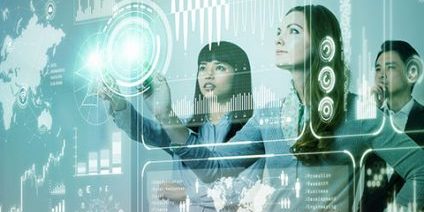 Virtualization
Imagine a company with five servers, each assigned a single task such as storage, email, etc. If there were a spike in email traffic, it would overwhelm the email server, causing it to slow down. Adding another server would solve this problem, but it would be expensive and inefficient on days with less traffic.

Because virtualization software can be installed on a server in your office, it is totally independent of cloud technology. Sometimes, people misunderstand the difference because the vast majority of cloud solutions use virtualization to improve their services.

Cloud computing
With cloud computing, users can edit documents, save files, and interact with apps that aren’t actually on their computer. Instead, they access these items by connecting to a server via a network or internet connection.

To carry out its purpose, a cloud platform sometimes uses several virtualized servers to provide users with a simple system that appears to be on its own, even though it’s actually shared with several other users and servers. There’s no need to purchase additional servers, and you can also save valuable office space by not having to deploy bulky equipment.

Obviously, scalability is critical in today’s ever-changing business conditions. Cloud computing makes it easier to manage business tasks to maximize productivity. And it helps streamline operations, as more cloud services are integrated. Businesses don’t have to worry about infrastructure maintenance because it is covered by the cloud service provider.

Virtualization and cloud computing are both economical technologies that small businesses should take advantage of. If you want to see what they can do for you, call our experts today!

How SaaS Can Benefit Your Business
June 9, 2022

Cloud cost-saving strategies for SMBs
May 20, 2022

How to Pick the Best Cloud Service Model For Your Business
April 18, 2022

Use These Web Browsers to Secure Your Data
March 23, 2022

Maintain your WordPress website with these 6 easy steps
March 1, 2022
SIGN UP FOR THE RJ2 TECHNOLOGIES NEWSLETTER
Recent Articles
Categories
Go to Top
We use cookies on our website to give you the most relevant experience by remembering your preferences and repeat visits. By clicking “Accept All”, you consent to the use of ALL the cookies. However, you may visit "Cookie Settings" to provide a controlled consent.
Cookie SettingsAccept All
Manage consent